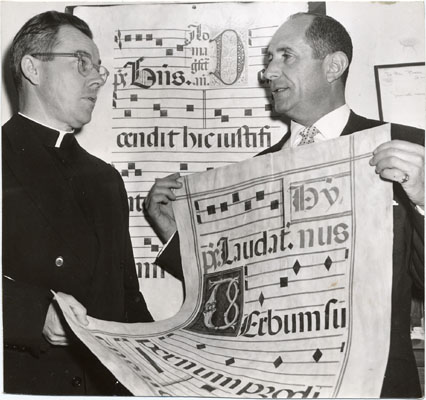 In just the last few days, the Church has marked two significant occasions in the so-called “liturgy wars.” The objective of both was to enrich people’s experience of the Sacred Liturgy — but they went about it in two different ways.

September 14, 2017, marked the 10th anniversary of the effective date of Summorum Pontificum, the letter issued motu proprio by Pope Benedict XVI, which granted greater freedom for priests to celebrate the Sacred Liturgy using the Tridentine Missal of 1962. Superseding previous documents including Quattuor Abhinc Annoc and Ecclesia Dei, Summorum Pontificum established that priests could celebrate the Mass in the Extraordinary Form privately without needing any special permission.

Archbishop Alexander Sample (Portland, Oregon) celebrates the Mass in the Extraordinary Form in 2014.

Many priests, bishops, and dioceses marked the occasion with celebrations and commemorations.

Here are some links to some terrific coverage and commentaries on the 10th anniversary of Summorum Pontificum:

On the other hand, on September 9, 2017, the Vatican released a new motu proprio from Pope Francis regarding the process of approval for liturgical translations. Effective October 1, 2017, the document subtly alters the Code of Canon Law and other legislative texts, putting the responsibility for approving translations on national and regional conferences of bishops. The Congregation for Divine Worship and the Discipline of the Sacraments will retain a role of “recognizing” these translations.

Here, the text of the etter itself, along with several thoughtful and engaging commentaries.

It does not appear that the translation currently in use in the United States will change anytime soon. The current translation, which officially went into use on the First Sunday of Advent in 2011, is now the universal English translation, rather than simply a geographical or regional curiosity. Considering the amount of work and time that went into this translation, and the ordeal that it can be to change translations, the one currently in use is likely safe for the time being.

Of course, as the Ignatius Pew Missal is an annual publication, in the event that any changes are made to the translation, we will incorporate them in a timely manner!